The Met Police Rugby Club host Touch Rugby sessions at Imber Court on Monday nights from 7pm and you are invited to join.

We're proudly sponsoring the Met Police Rugby Club this year and we wanted to let you all know they they are hosting Touch Rugby sessions on Monday nights and are actively inviting anyone in the police family, their relatives and friends. Just download the O2 Touch app and get involved.

What is Touch Rugby?

Touch Rugby (also known as TOUCH) is a sport that involves minimal contact and is played across the globe by men, women and children of mixed abilities. Consider it as rugby as you may know it without the pilling tackles. The primary focus is fitness and skill and tackles are replaced by touches.

How do you play Touch Rugby?

A Touch Rugby team consists of just six players. Each member of the team must pass the ball backwards and to score, the ball must be placed over the try line. The attacking side will get six chances to score before the ball is turned over to the defensive team if it is dropped by a member of the attacking side at any point. It is a great sport for fitness as the defensive team have to retreat 5 metres after every tackle/touch.

When is the ball turned over?

Considered to be easier than most other team sports, Touch Rugby has a focus on the more basic skills such as passing, catching, chasing and dodging. It's a simple game to learn and is suitable for both beginners and experienced players.

If you want to keep fit by taking part in a team sport that involves minimal contact, then Touch Rugby may be for you. It will not only allow you to have fun whilst keeping fit but it will also enhance your social circle. A game that is considered light-hearted and fun, what's not to like about Touch Rugby?

In order to take part, simply go to the O2 Touch website or download the app, where you can register for your first free session. Once you've downloaded the app, open it up and click on the find sessions search tool on the top right-hand corner of your mobile phone and type in Imber Court. You will then be given a list of sessions hosted by the Met Police Rugby Club that you can register for. Your first session will be free and if you like it, the club charge a small fee of £2.50 per session there on after, for those who are not members of the rugby club.

Give it a go and see what you think! 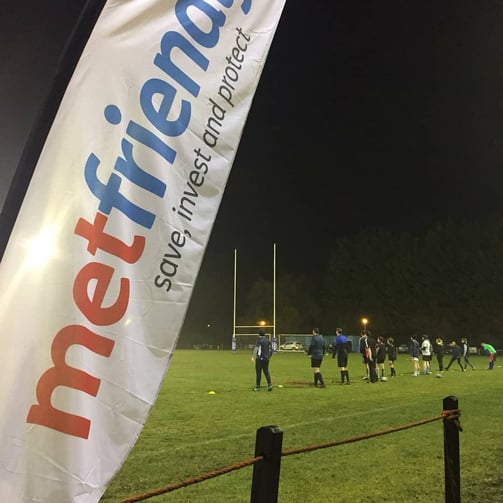